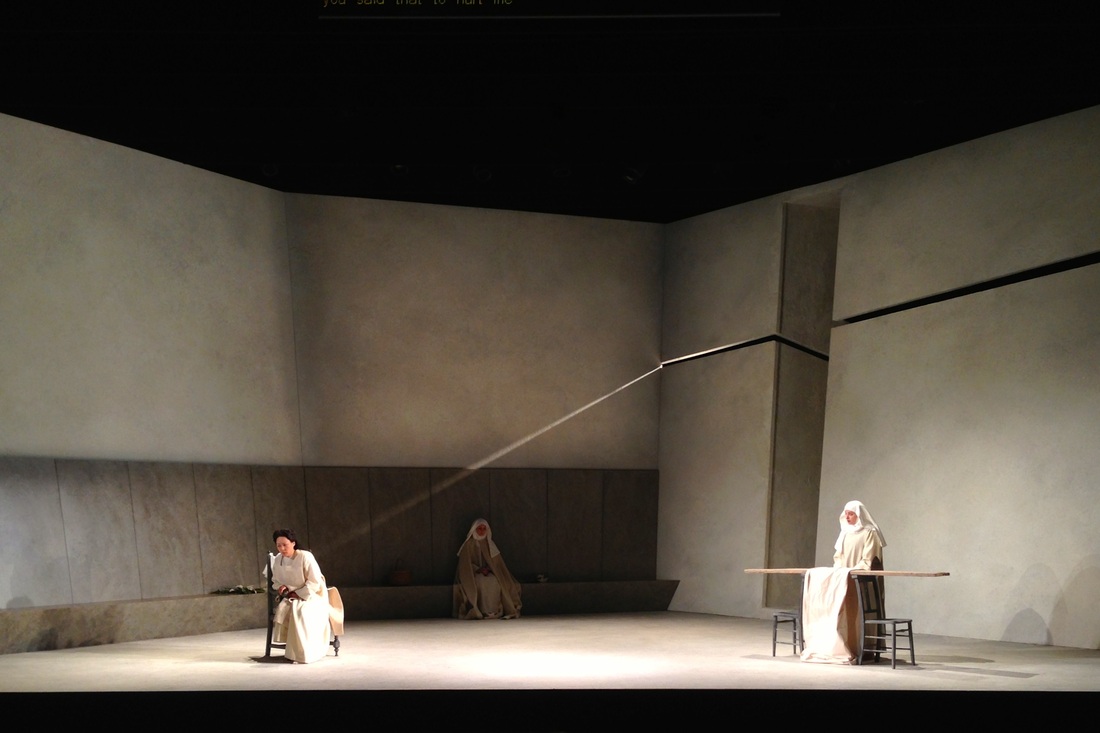 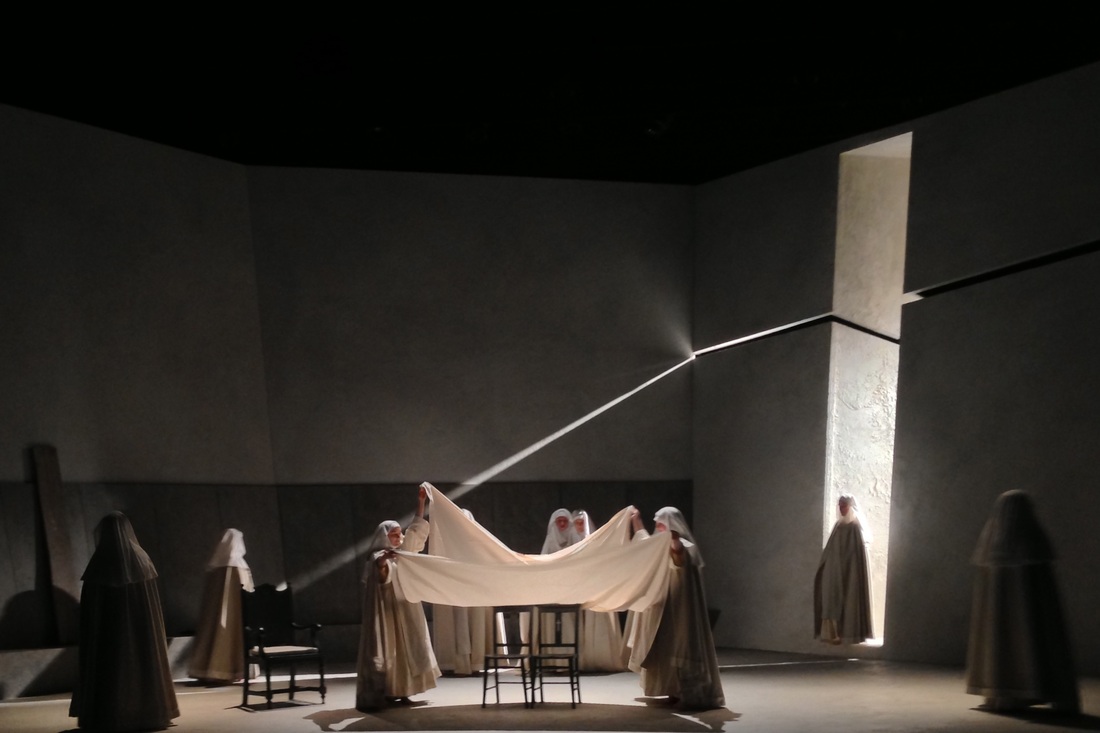 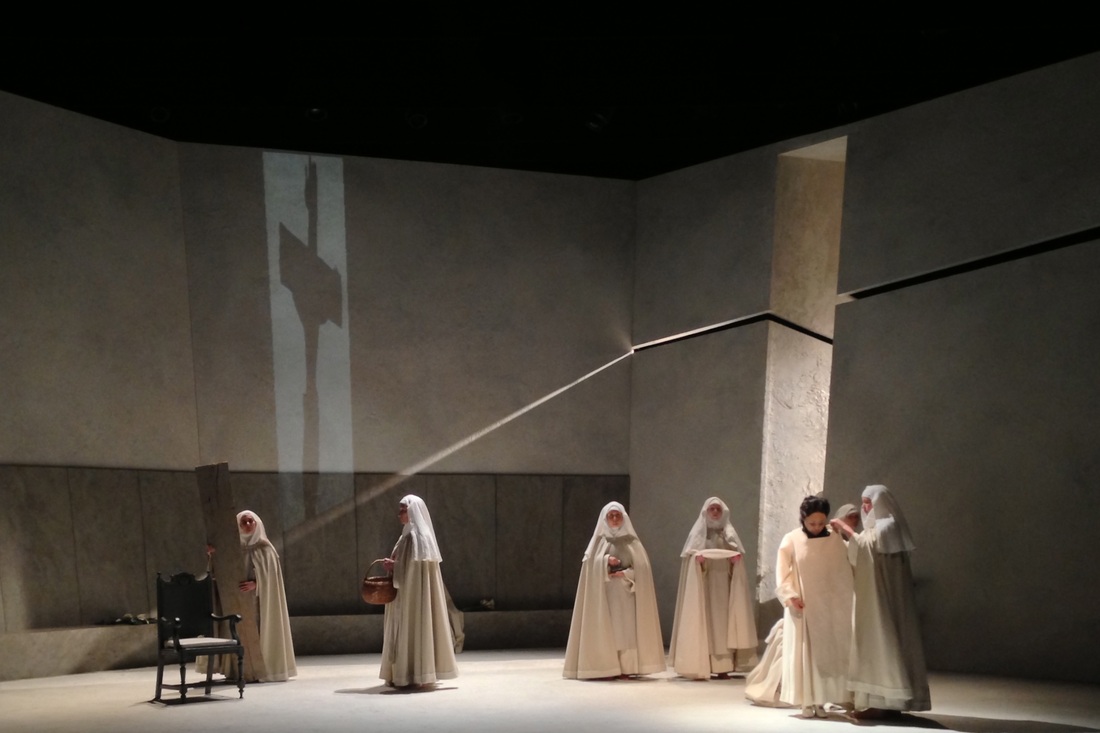 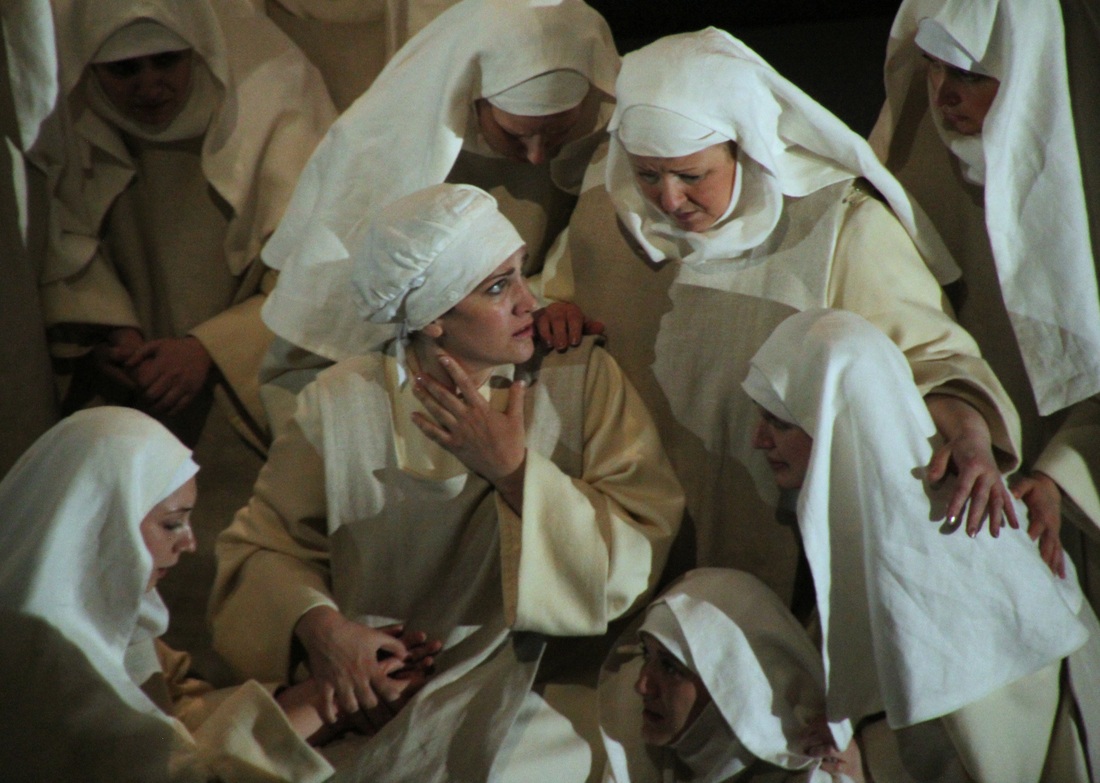 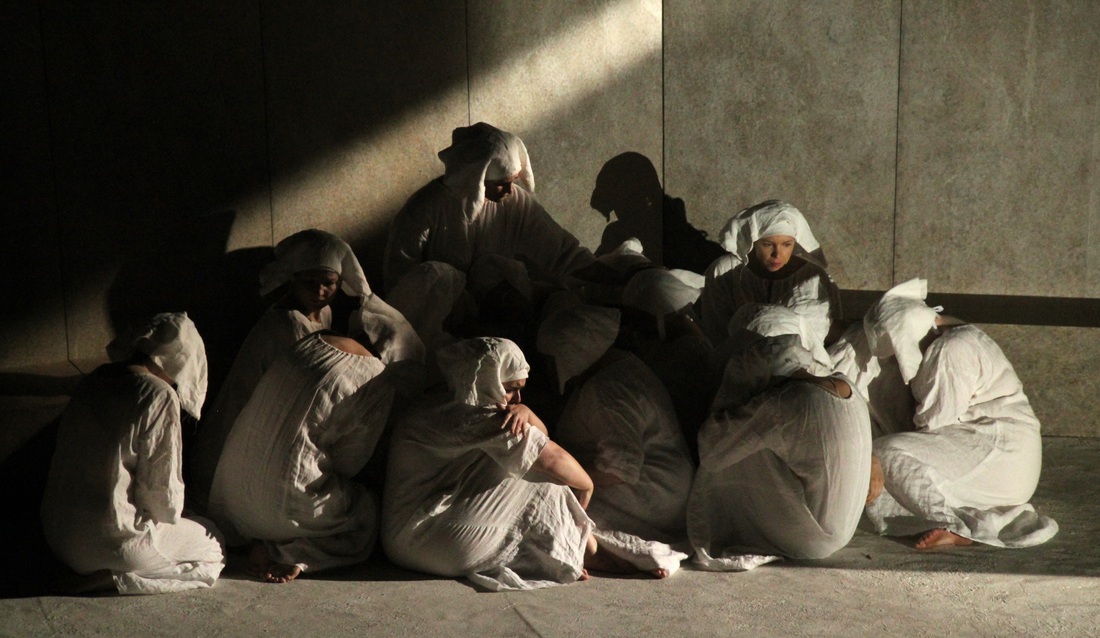 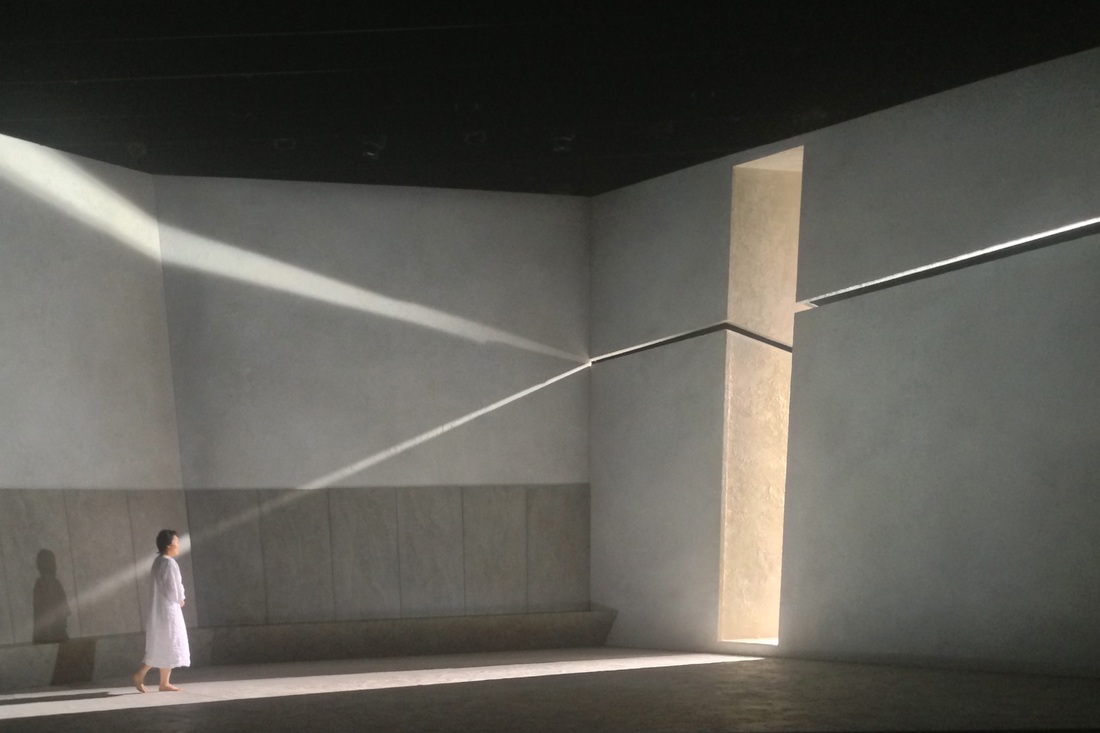 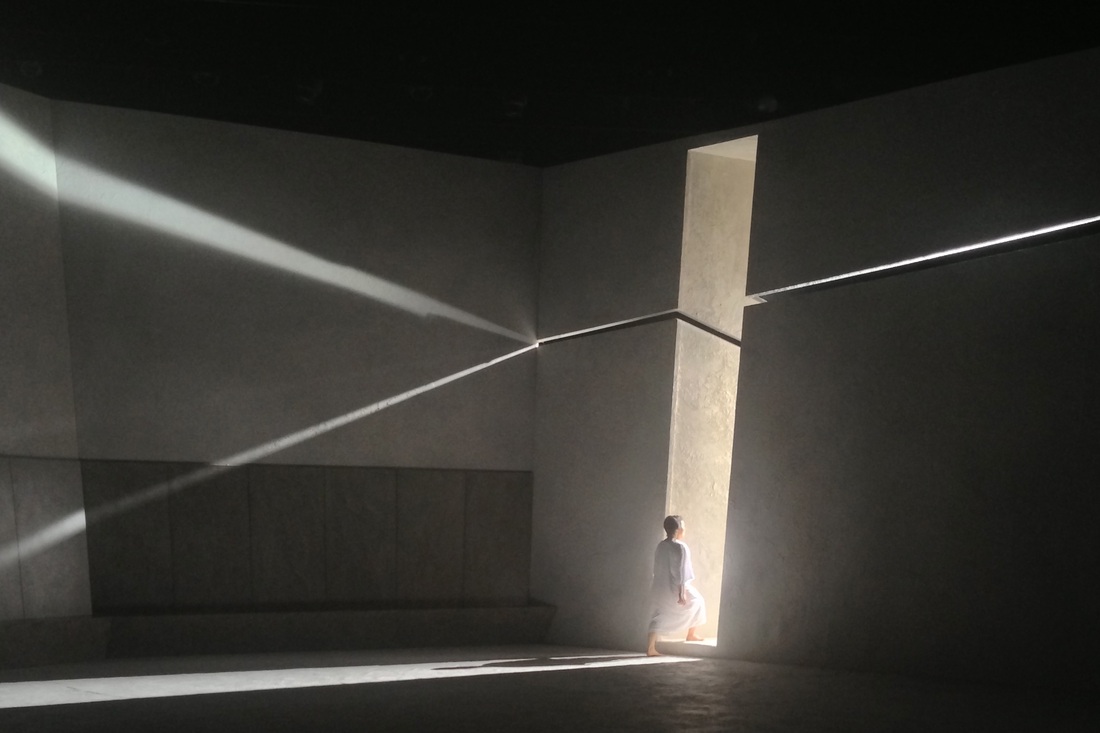 Director John Doyle’s interpretation of the opera takes the very Carmelite idea of simplicity, and runs with it, seldom interfering with the opera’s straightforward storytelling. Liz Ashcroft’s spare set is static for most of the opera, a couple of chairs doing a large part of the prop work, the high, pale walls intimidating in their bareness. The lighting, by Paul Keogan, is as striking as any of the other elements if not more so, deftly conjuring different worlds through shades and subtle shifts.
http://www.bachtrack.com/review-grange-park-2013-carmelites  by Paul Kilbey on 26th June 2013