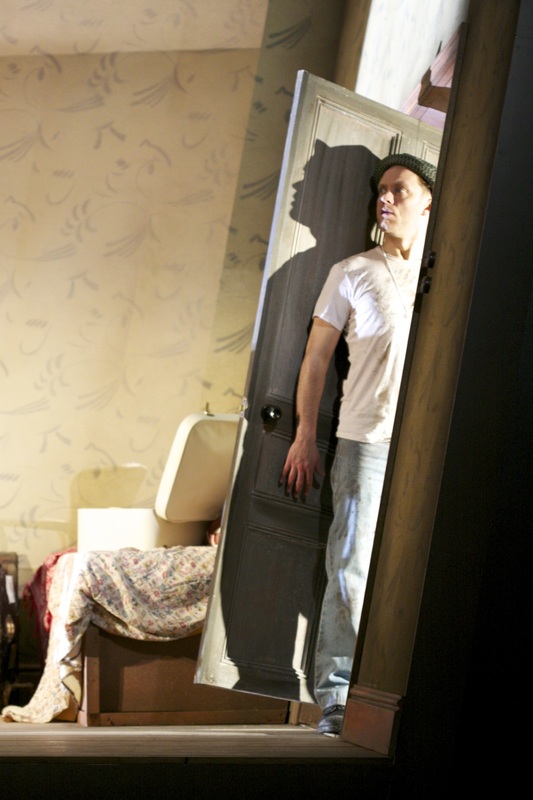 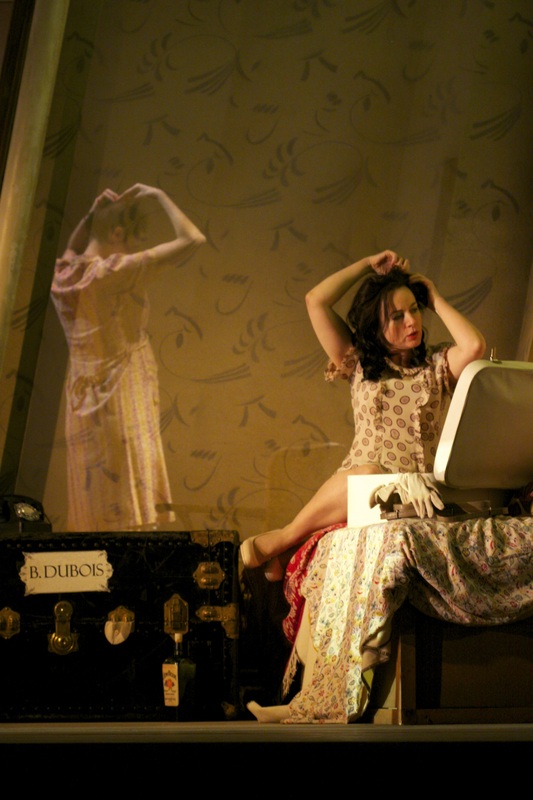 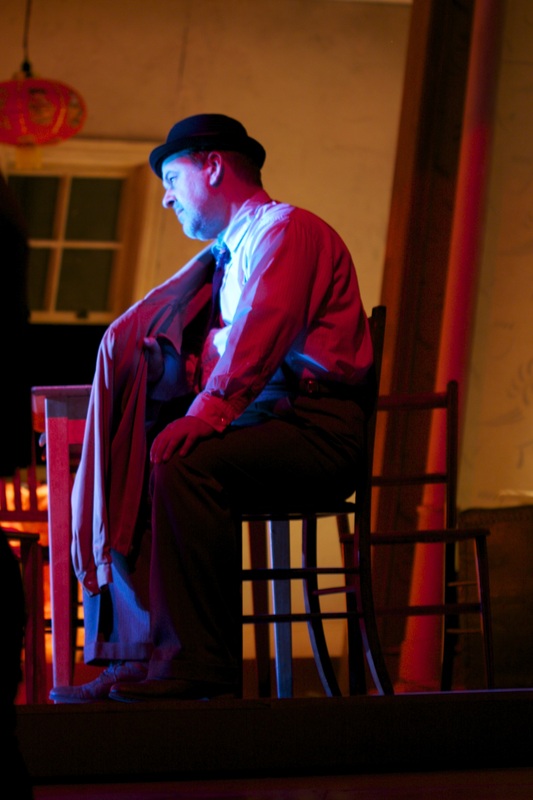 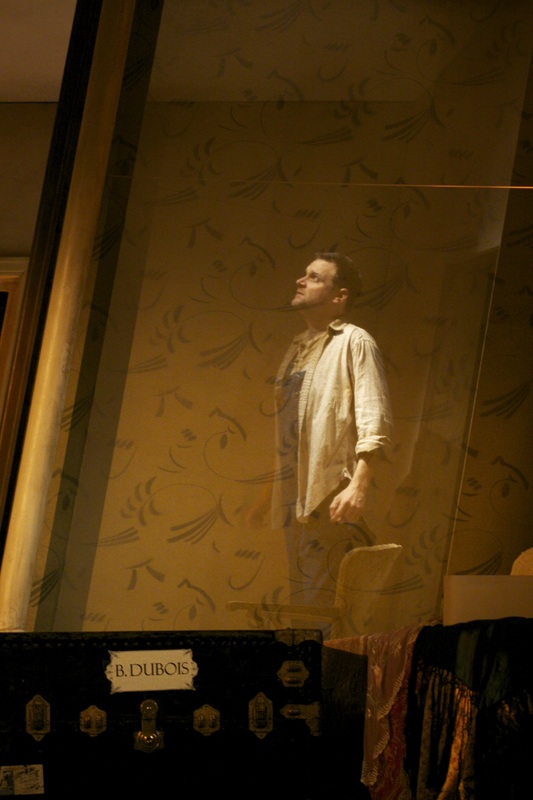 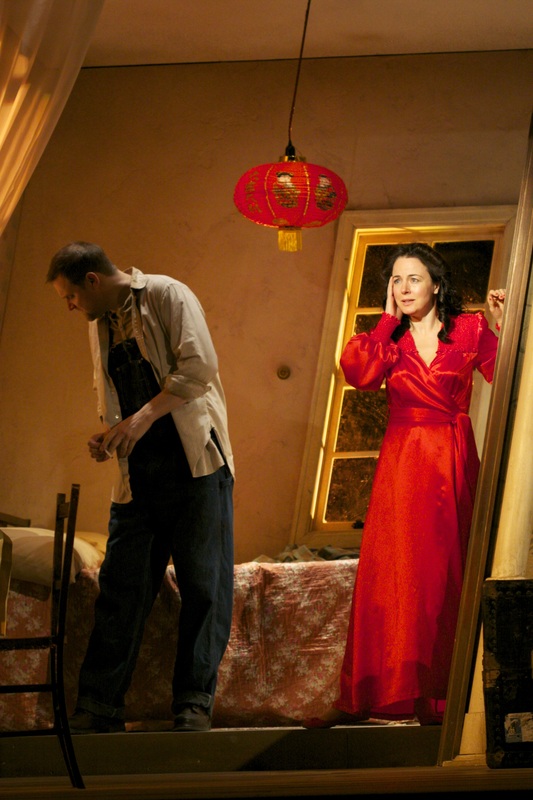 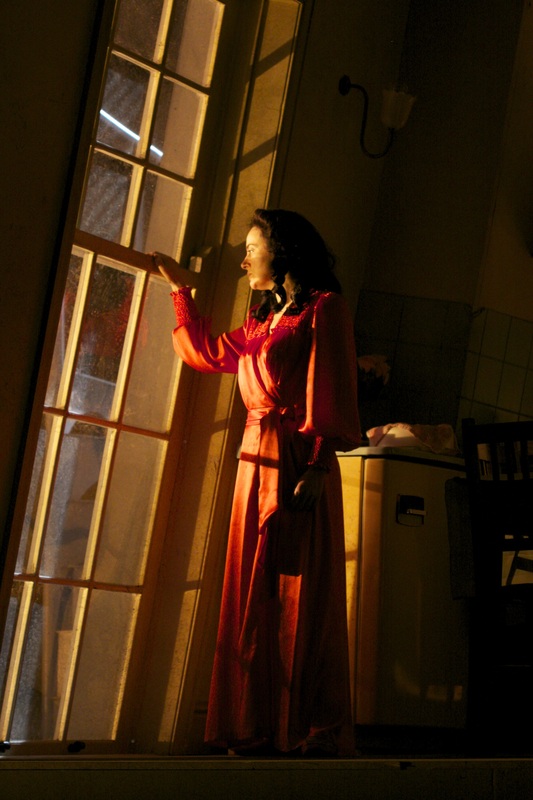 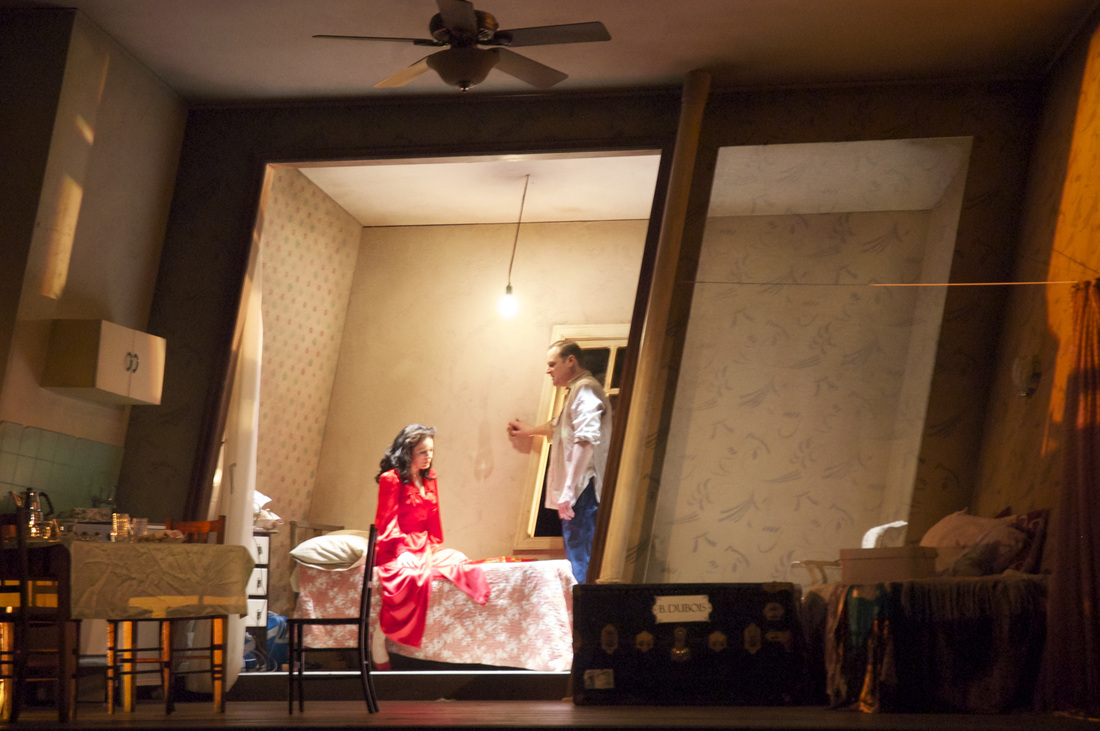 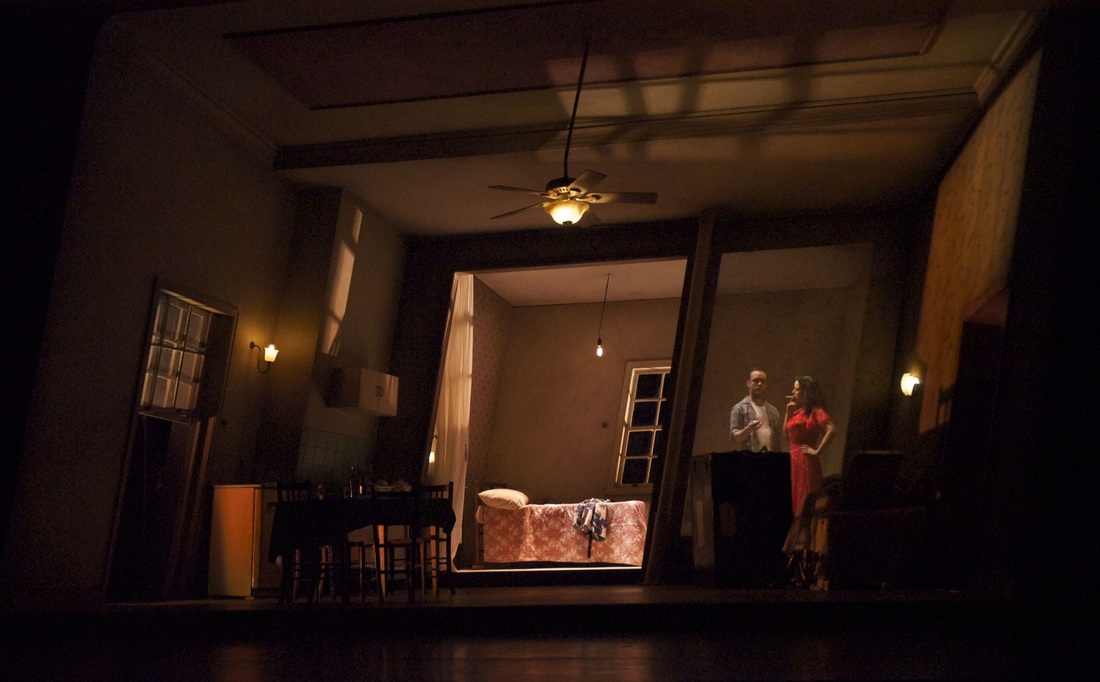 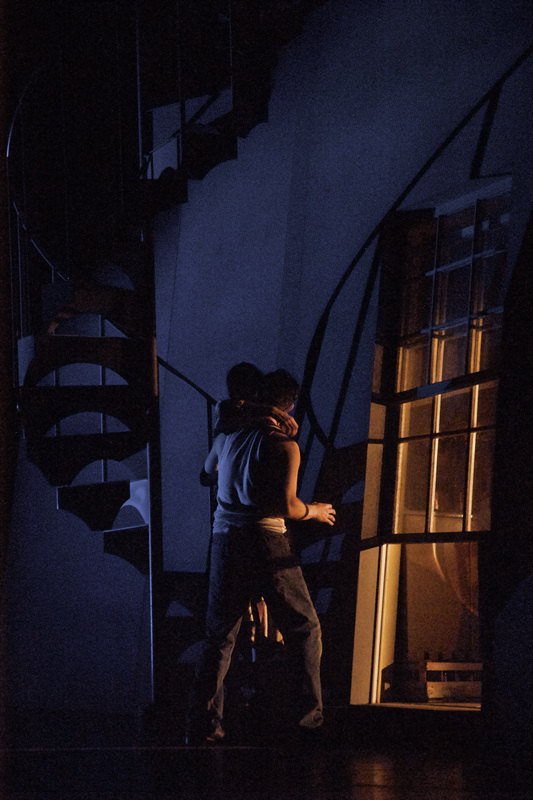 
It may seem perverse to praise a production of Tennessee Williams's classic on account of its lighting. But if you get the illumination right for A Streetcar Named Desire, everything else falls into place.

The tart, saturated colour provided by lighting designer Paul Keogan is not only a thing of beauty in itself, Gemma Bodinetz's production makes it apparent how Williams wrote the lighting plot into his text. The photophobic Blanche declares that she "can't stand a naked light bulb any more than I can a rude remark or a vulgar action"; one of her first actions on arriving at her sister's sordid New Orleans apartment is to run out and buy a paper lantern. Stanley describes his predilection for rough sex as "gettin' the colours going". And when Blanche likens true love to "a searchlight", the headlamps of a passing streetcar rip through the room.

Amanda Drew's Blanche is the opposite of a moth: a confused creature that flutters around, avoiding sources of illumination. She arrives with a packing case only slightly smaller than the Kowalskis' living room, and proceeds to burn up in an epic display of vanity and self-delusion. Leanne Best's level-headed Stella runs on a lower wattage, witnessing her sister's disintegration in the clear light of day.

If the women are defined by their responses to light, the menfolk are characterised by their attitude towards sweating. Matthew Flynn's civilised Mitch declines to remove his jacket since he's ashamed of perspiration; Sam Troughton plays Stanley as part-savage whose first impulse on entering a room is to peel off his vest.

The play's credibility depends on sustaining a torrid, theatrical illusion of New Orleans, which Bodinetz manages extremely well. During the interval, Ken Dodd – one of that night's audience – could be overheard saying: "If you set it in England, it would have to be called On the Buses." He has a point.