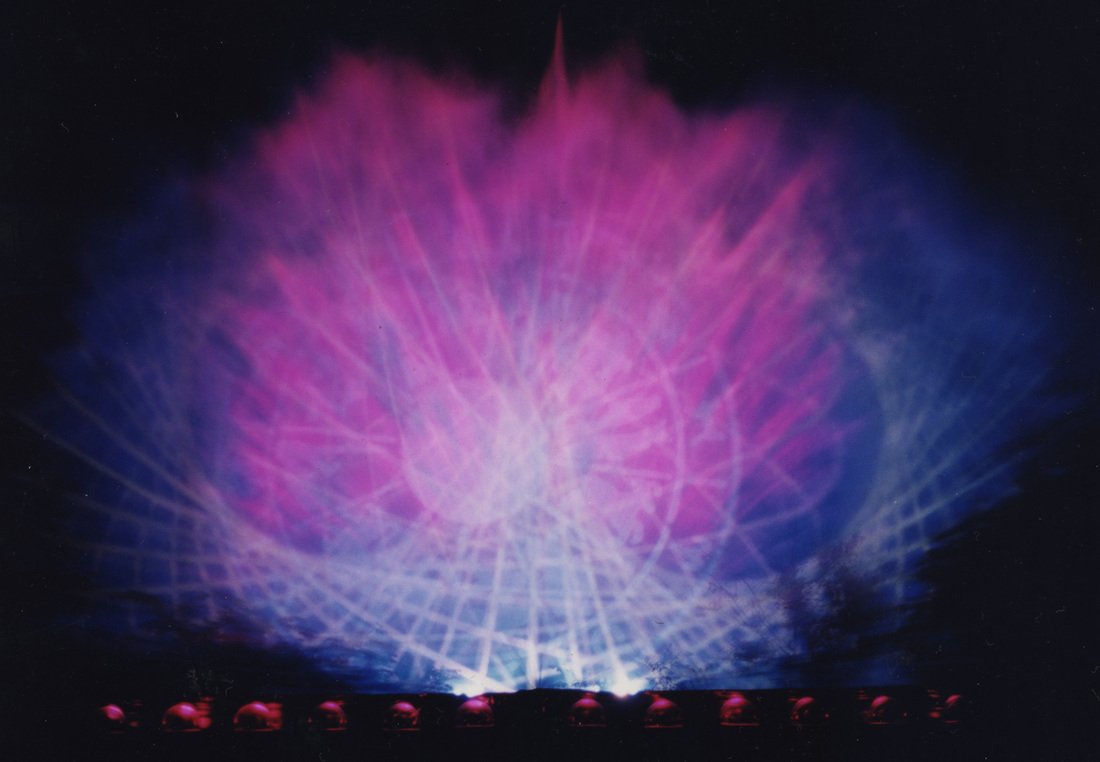 Photo Ros Kavanagh
In 1998, I was asked by the then artistic director of Kilkenny Arts Festival Maureen Kennelly, to dream up an event for the following years festival. We talked about doing a 'light show' something that would be outdoors and would be something of a full stop on the days activities. 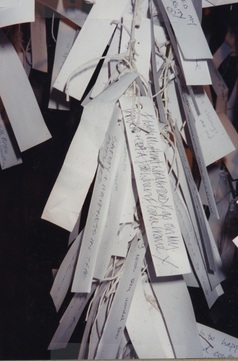 The Wishing Tree by Yoko Ono Ormeau Baths Gallery Belfast 1998.
I had been to see an exhibition by Yoko Ono in Belfast and one of the many stand out pieces for me was a piece called The Wishing Tree. Onto the bare branches of a tree, visitors would tie pieces of paper with their heartfelt and sometimes heartbreaking wishes. At the same time, for another project, I had been looking at projecting onto water and I stumbled across references to outdoor water screens.

Together with my partners in crime, photographer Ros Kavanagh and Sound Designer Dave Nolan we came up with a plan that would involve taking photographic portraits of thirty citizens of Kilkenny, and make and audio recording of each of them making a wish. The images would be projected onto a wall of water rising from the river Nore and as each face appeared the audience would hear the audio of their wish. 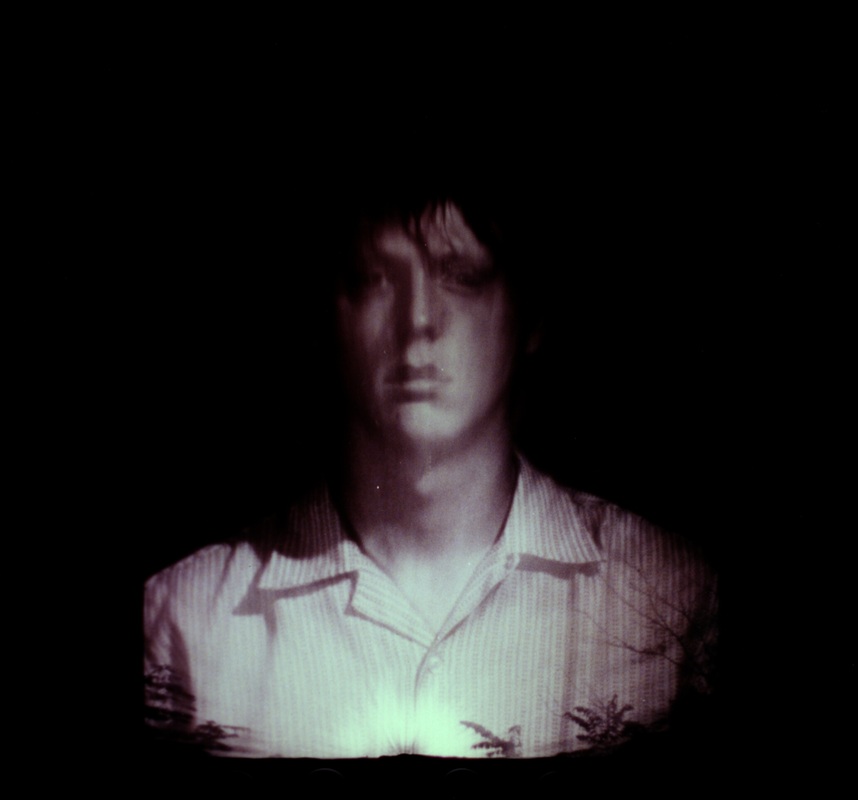 Photo Ros Kavanagh
The effect of the screen was extraordinary. A very powerful pump shot a film of water 12 meters into the air and falling back on itself gave a double layered projection surface. As it was in constant motion the still images appeared to be animated and alive. Which made it very difficult to photograph! 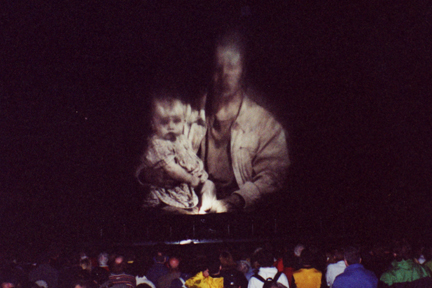 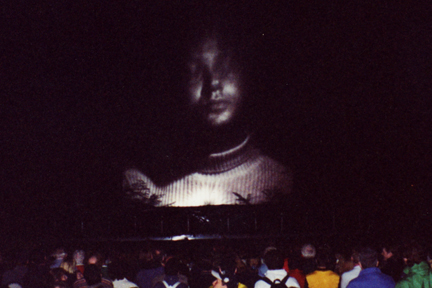 This man wished for a cure for cancer 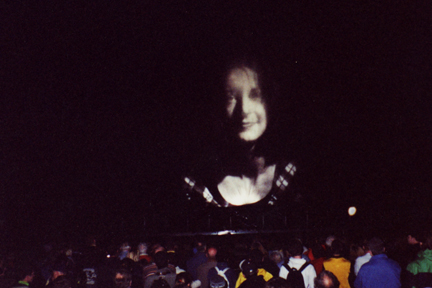 This woman wittily wished she could swim. 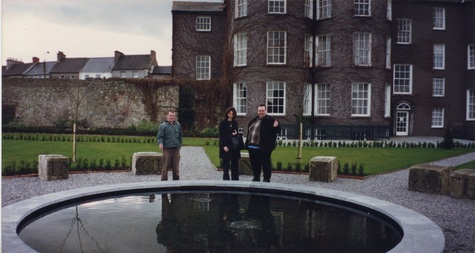 Ros, Maureen and Dave looking at a water feature in Kilkenny! 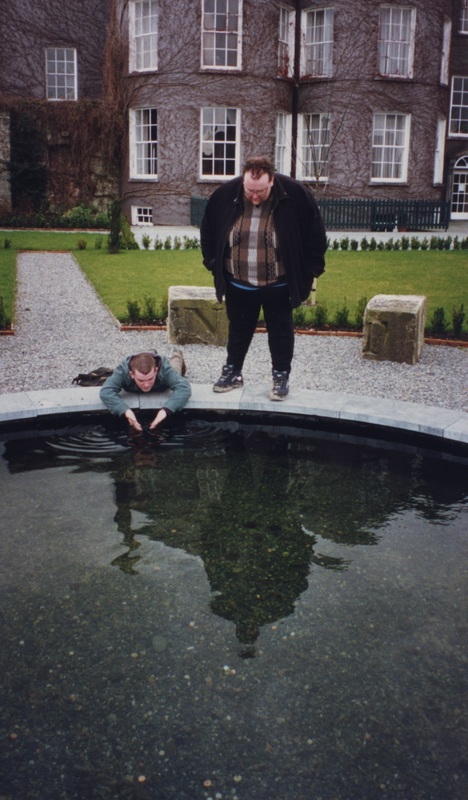 Ros and Dave up to something... 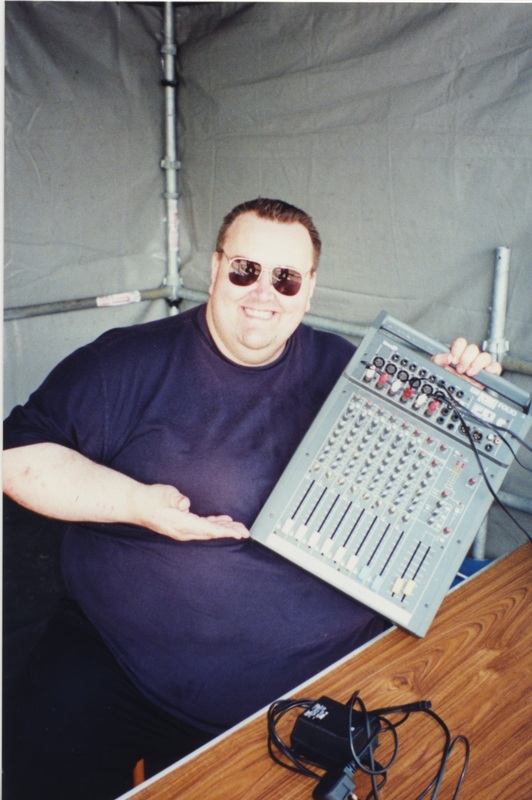 Dave Nolan, in the mix tent in Kilkenny reminding us it's not how big your console is....
Dave Nolan passed away less than three years after this photograph was taken. He was a true pioneer of Irish sound design, joining the Abbey theatre as a sound technician in 1986. His many sound designs are listed here but what is not mentioned are the countless favours he did for the various independent Theatre Companies around Dublin. If you needed a sound effect - you went to Dave. If you needed some recording done and hadn't the money for a studio  - Dave would sort you out. He was a terrific collaborator who would always go that extra yard to get something right.
But at the same time he was a joker and where he went mischief was never far behind.

One of the portraits used in the Wishing Well was of a young girl who wished she could fly. Dave suggested we set off a single white firework and hold the girl's image on the screen until the rocket exploded and the last vestige of it disappeared. We nicknamed this 'Dave's Cue'. Each night as the cue came around he would cup is hand behind his ear, as the rocket was fired and when the crowed ahhhhhhed he would smile the broadest smile and give a double thumbs up. That's how I like to remember him.